The DiN label, established in 1999, is an electronic music label which has 100 releases, available in both physical and download formats. It was set up by Boddy to release ambient electronica that bridged the gap between the analogue sound of the early 70’s synth pioneers and the digital soundscapes of the more experimental modern exponents of electronic music. As well as releasing several of his own solo albums, the label have also worked with artists such as Robert Rich, Erik Wøllo, Markus Reuter, Tetsu Inoue, Node and Mark Shreeve (as ARC) as well as many collaborations. Alongside running DiN, Boddy has toured the world, performing his own brand of electronic music and playing extensively in the UK, Germany, Netherlands and America.

The DiN catalogue is available for sale direct from the DiN Bandcamp store.

Lovers of Electronica, Dark Techno, Downtempo & IDM will find much to admire in “Plector” and this new album once again showcases the unique talent of this highly individual musician.

The modular synth duo d’Voxx have unleashed a stunning interpretation of the classic 20th Century novel by George Orwell with the blessing of the late authors estate.

The second album for the DiN imprint by British Electronic Musician Scanner sees Rimbaud utilising a different toolset from his first album, An Ascent (DiN63) focusing in on several Elektron instruments such as the Analog Four, Analog Rhythm and Digitak.

Following the success and critical acclaim of the first five Tone Science compilation albums, DiN label boss Ian Boddy has collated another nine tracks from musicians of varying backgrounds working in the realms of modular synthesis. 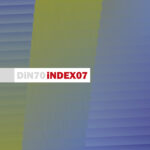 Every December DiN makes an album free to download (name your price). This year we have something special in the form of the epic concert Ian Boddy performed with Nigel Mullaney at the Capstone Theatre in Liverpool on 18th November 2017. This will be available on Bandcamp Friday 3rd. 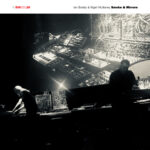 The 100th official release on the DiN label sees its founder, Ian Boddy, pull out all the stops on his epic live performance for the SoundQuest Festival using a mountain of modular systems and live keyboards.

Lyonel Bauchet is a well established and prolific composer, mainly working in the field of library music, with over 100 album releases in a career spanning over 40 years. Dive in to the sonic undersea world of Lyonel Bauchet and lose yourself in this stunning album.